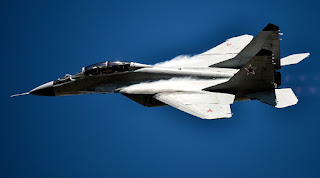 Ivan Mikoyan, Russian aircraft designer and one of the minds behind the MiG-29 fighter jet has died, aged 89. He was a lead engineer at MiG Aircraft Corporation’s design bureau, founded by his uncle Artyom Mikoyan. He awarded the USSR State Prize twice for his contributions to the MiG project and  remained a company adviser until his death.

So, let’s discuss some questions related to this post:
Q1. Name the co-creator of iconic MiG-29, who has passed away?