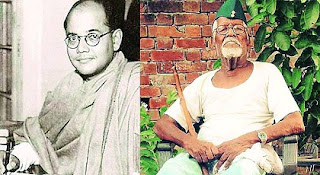 Netaji Subhash Chandra Bose’s driver and INA veteran ‘Colonel’ Nizamuddin has passed away in his native village of Dhakwa in Azamgarh after a prolonged illness.
Born in 1901, Nizamuddin was over 116 years old. He is survived by his wife Ajbul Nisha, three sons and two daughters. His youngest son Sheikh Akram. ‘Colonel’ Nizamuddin, who had served in the Indian National Army from 1943-45, had proclaimed himself as one of the most trusted lieutenants of Netaji.
Source- The Indian Express