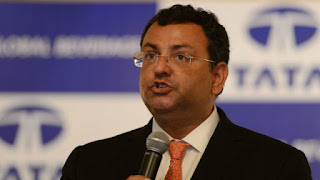 Cyrus Mistry has been removed as director of Tata industries. Mistry, who was earlier removed from the post of chairman of Tata Industries, was removed as director on 11th December 2016 after an Extraordinary General Meeting or EGM. In October 2016, Mistry was fired as chairman of Tata Sons, the holding company of all Tata businesses. The former chairman Ratan Tata then came back as chairman. Still, Mistry remains on the board of several Tata companies.