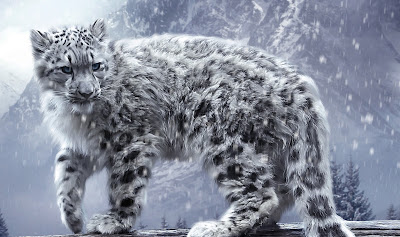 The Padma Naidu Himalayan Zoological Park in Darjeeling will soon receive a snow leopard from Dudley Zoological Gardens in London. The leopard, named Makalu, is expected to make arrival at the Kolkata airport in an Emeritus Flight. Makalu will then be transported to the zoo. Makalu, who gets his name from the world’s fifth highest peak on the south-east side of the Everest, was born at the Black Country zoo.
The snow leopard is a large cat native to the mountain ranges of Central and South Asia. It is listed as endangered on the IUCN Red List of Threatened Species. It is believed that there are between 4000 and 6500 snow leopards left in the world. Snow leopards inhabit alpine and subalpine zones at elevations from 3000 to 4500 m.Taxonomically, the snow leopard was classified as Uncia uncia since the early 1930s. The park is named after Padmaja Naidu, daughter of Sarojini Naidu.The zoo is a member of the World Association of Zoos and Aquariums. It specializes in breeding animals adapted to alpine conditions, and has successful captive breeding programs for the snow leopard

So let’s do:
1. Name the Zoo, which will soon receive a snow leopard from Dudley Zoological Gardens in London?