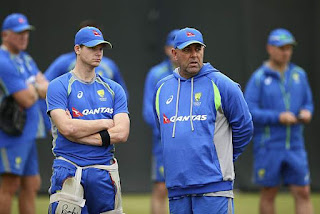 Darren Lehmann will continue as head coach of Australia until October 2019, after receiving a two-year contract extension. The 46-year-old’s contract was due to expire in June 2017, but has now been extended to cover home and away Ashes series and the 50-over World Cup in 2019.
The extension was long rumoured with many in Australian cricket circles believing Justin Langer, Western Australia’s coach, being the hot favourite to succeed Lehmann in 2019. Langer was Australia’s interim coach in the Caribbean during the tri-series in June when Lehmann rested. Darren Scott Lehmann (born 5 February 1970) is a former Australian cricketer and the current coach of the Australian cricket team. Lehmann made his ODI debut in 1996 and Test debut in 1998.

So let’s do:
1. Name the person, who will continue as head coach of Australia until October 2019?