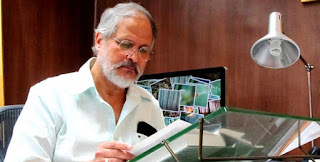 Delhi Lieutenant Governor Najeeb Jung has submitted his resignation to the Government of India. The tenure of Jung, who took the charge of the office on July 9, 2013, was scheduled to end in 2018. According to a statement released by his office, Jung, who was the 13th Vice-Chancellor of the Jamia Millia Islamia university, would be returning to academics.
Source – The Hindu