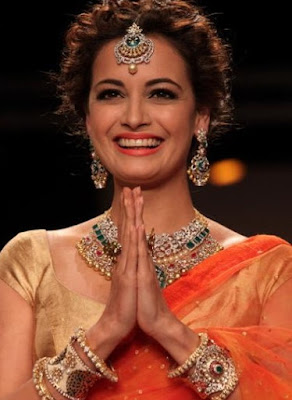 Bollywood actress and producer Dia Mirza has been named the ambassador for Swachh Bharat Mission’s youth-based Swachh Saathi (student internship) programme. The star actress will take forward the message of the government’s Swachh Saathi programme, which she hails as the most important part to realise the dream of a clean country.

Under the Swachh Saathi programme, more than 2,000 interns would be enrolled, who would coordinate with around 10,000 schools across the country and ensure that all students in these schools take the pledge for Clean India. As the ambassador, the actress would interact with school and college students from across the country through awareness sessions, community cleaning activities and motivational videos.

So let’s do:
1. Name the person, who has been named the ambassador for Swachh Bharat Mission’s youth-based Swachh Saathi (student internship) programme ?