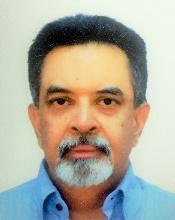 Dilip Rath, took over as the chairman of National Dairy Development Board (NDDB), after the department of personnel and training (DoPT), Government of India gave him the additional charge of the post until the appointment of a regular incumbent. The chairman’s post fell vacant last week after T Nandakumar resigned before his five-year term ended.

Rath is currently the managing director of NDDB, an organisation he joined in 2011 after taking premature retirement from the Indian Administrative Service (IAS). Holding a MA degree in economics from Jawaharlal Nehru University (JNU), Rath went on to complete MSc from the London School of Economics. He joined the IAS in 1979 and served in different capacities under the state governments of West Bengal and Odisha. He was also the joint secretary in the Department of Animal Husbandry, Dairying and Fisheries, GoI from 2008-10.
So let’s do:
1. Name the person, who has took over as the chairman of National Dairy Development Board (NDDB)?