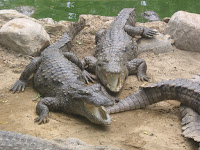 i. The Madras Crocodile Bank Trust and Centre for Herpetology opened its doors for the public.
ii. Started in 1976, the crocodile bank has grown from a place that had only a trickle of visitors, to one of the main attractions of tourists who come to Chennai.
iii. As the croc bank celebrates their eventful journey of 40 years, we join them on a trip down memory lane, and also get a low-down on their current activities.

i. The Union Ministry of Earth Sciences (MoES) in the last week of July 2016 announced that India Meteorological Department (IMD) will use supercomputer to forecast India’s annual summer monsoon.
ii. The forecast made by a supercomputer will be based on a dynamical monsoon model. It will be operational from 2017.
iii. IMD has been using the ensemble statistical model to predict monsoon since 2007.

i. A joint expedition by India and the U.S. discovered a major deposit of natural gas in the Indian Ocean, offering the potential to significantly expand energy production in a region that’s currently a big importer.
ii. India’s Ministry of Petroleum and Natural Gas and the U.S. Geological Survey struck a large, highly enriched deposit of natural gas hydrate — an icy form of the fuel — in the Bay of Bengal off the country’s east coast, potentially the first producible reserve of its kind in the waters

ii. The chief minister of the state, Pinarayi Vijayan launched the project at Kochi.
iii. The Water Metro project, India’s first of its kind, has been initiated with the aim of providing water connectivity to people living between islands in the Kochi agglomeration area and the city.
iv. The metro network through inland waterways will provide last-mile connectivity to islanders and leisure travel to visitors. The Water Metro will provide Kochi with 78 modern boats.

i. The Malabar Botanical Garden and Institute of Plant Sciences, Kozhikode, and Bharat Petroleum Corporation Limited (BPCL) has joined hands to launch field trials of oil-degrading bacteria in Kochi.
ii. The scientists will undertake the trail to establish the oil-degrading properties of three new strains of bacteria.
iii. The oil-degrading properties of these bacteria will pave the way for the development of bioremediation agents to clean up petroleum pollutants from the environment.
Committee constituted for Desiltation of Ganga 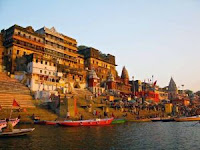 i. The Union Cabinet has approved raising of the foreign shareholding limit to 15 per cent from the existing five per cent in Indian stock exchanges.
ii. A depository, a banking or insurance entity or a commodity derivative exchange will be among those allowed to raise stake.
iii. The Cabinet has also approved the proposal to allow foreign portfolio investors to acquire shares through initial allotment, besides the secondary market, in stock exchanges.
iv. The approval follows the Budget announcement by the finance minister earlier this year, concerning reforms in foreign direct investment policy with respect to enhancement of the limit in bourses.
8 PENGUINS CHECK INTO BYCULLA ZOO

i. Eight young Humboldt penguins — checked into Byculla zoo after a seven-hour flight from the South Korean capital of Seoul.
ii. The penguins, aged between 1 year and 3 years, travelled in four wooden boxes with temperature control and were driven to the zoo in a refrigerated van (pictured right).
iii. They didn’t show any signs of jet lag and dived into a pool the moment the boxes were opened inside an 800-sq ft quarantine room at the zoo, formally known as Veermata Jijabai Bhosale Udyan.
‘Feed the future’ programme launched 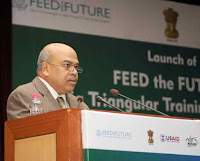 i. The Union Agriculture Ministry and the U.S. Agency for International Development (USAID) launched the second phase of the “Feed the Future” India triangular training programme.
ii. U.S. Ambassador Richard R. Verma and Agriculture Secretary S.K. Pattanayak launched the programme together at the national agriculture science complex. The programme builds upon five decades of joint work utilising science and technology to bring innovative solutions to the challenges facing farmers. 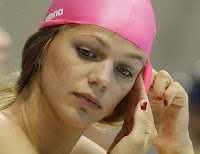 i. China has shut down several portals including Sina, Sohu, Netease and iFeng.
ii. The move comes after Beijing’s internet control department ‘harshly criticised’ their ‘huge amount of activities violating the law and regulations’.
iii. Officials said some sites are also facing fines. 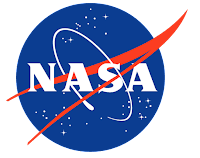 i. Scientists have discovered two small ‘worlds’ far outside the orbit of Neptune.
ii. The new objects are located beyond the Kuiper Belt, which is a region of small icy objects just beyond Neptune, of which Pluto is a member.
iii. They have the third and fourth most-distant perihelia.

i. Indian actress Sharmila Tagore and director Shekhar Kapur were honoured with the Icon Awards at Bagri Foundation London Indian Film Festival.
ii. The festival showed films in venues across London and Birmingham in 15 different languages..

Madeira airport to be named after Cristiano Ronaldo

i. Portugal captain Cristiano Ronaldo will soon have an airport named after him in his native island of Madeira.
ii. The announcement was made by Miguel Albuquerque, President of the Regional Govt of Madeira.
iii. Ronaldo already has a bronze statue, a museum and a hotel bearing his name in Funchal.