i. National Association of Software and Services Companies (Nasscom) unveiled India’s first centre of excellence focused on Internet of Things (CoE- IoT).
ii.  The centre of excellence is set up at the Nasscom Start-ups Warehouse in the city.
iii. The CoE is a joint initiative between the Department of Electronics and Information Technology (DEITY), education and research network (ERNET) and the IT industry body.

i. Drug firm Zydus Cadila has inked a generic manufacturing pact with the Medicines Patent Pool for manufacturing global pharma major Bristol-Myers Squibb’s daclatasvir tablets used in the treatment of Hepatitis C.
ii. The company “has signed a non-exclusive, royalty free agreement with the Medicines Patent Pool (MPP) for the generic production of Bristol-Myers Squibb’s daclatasvir, a novel direct-acting antiviral that is proven to help cure multiple genotypes of the Hepatitis C Virus,” Zydus Cadila said in a statement.
iii. The agreement sub-licences Zydus to produce and sell daclatasvir in 112 low and middle-income countries.

i. Russian President Vladimir Putin has signed into law a package of controversial anti-terror amendments dubbed “Big Brother” measures by critics that may cost internet companies billions.
ii. The anti-terror amendment is dubbed as Big Brother by US intelligence contractor turned privacy activist Edward Snowden. Critics say that the measures may cost billions to the internet and telecom companies.
iii.  The main highlight, Law enforcement agencies will be granted access to any user’s messages without any judicial oversight. It boosts the surveillance powers for the security services by requiring communication providers to store users’ calls, messages, photographs and videos for six months, and the Metadata for up to three years.

i. 2nd Anti-Drug Working Group meeting of Heads of Drug Control Agencies of BRICS countries was concluded in New Delhi as this meeting was organised by Narcotics Control Bureau of the Ministry of Home Affairs.
ii. Officials from all BRICS nation took part in this event. As the name suggests this meet was with an aim to discuss and control drug cultivation, production and trafficing.
iii. Discussed issues are: Maritime drug trafficking, Illicit cultivation of Coca bush in South America and Illicit cultivation of Cannabis plant used for production of Narcotic Drugs and Psychotropic Substances, Diversion and trafficking of precursor chemicals.

i. North Atlantic Treaty Organization (NATO) Summit was concluded at Warsaw, Poland(8 July and 9 July). it was its 27th NATO summit.
ii. NATO which started in 1949,  President of USA Barack Obama, Polish president Andrzej Duda and NATO Secretary General Jens Stoltenberg attended this important summit. NATO has 28 members and headquarter in BRUSSELS (BELGIUM) and Secretary General is Jens Stoltenberg.
iii. The theme or tagline or Warsaw Summit 2016 was :- “NATO in Defence of Peace: 2016 and
iv. The agenda of the biannual (an event celebrated or taking place every two years) summit included:  The secnario and bad condition of Eastern Europe, risks emanating from the Middle East nad reform of NATO’s partnership policy.

i. The second unit of the Kudankulam Nuclear Power Plant tonight attained criticality,Tamil Nadu, Criticality is a nuclear term that refers to the balance of neutrons in the system. Kudankulam Nuclear Power Plant is a nuclear power station in Koodankulam in the Tirunelveli district of Tamil Nadu.
ii. On commencing the First Approach to Criticality (FAC) on 8 July 2016 by withdrawing the control rods from the reactor, boron dilution started a few hours later to allow neutron concentration to go up, which eventually led to the criticality of the reactor.
iii. The KKNPP had submitted its reports to the Atomic Energy Regulatory Board (AERB) and received the nod for criticality after the Ministry of Environment, Forest and Climate Change experts inspected the second unit. They submitted their report to the Supreme Court.

i.The Bornean orangutan (Pongo pygmaeus) is now critically endangered according to the International Union for Conservation of Nature (IUCN). This change means that both species of orangutan now face an “extremely high risk of extinction in the wild.”
ii. According to the IUCN combined impacts of habitat loss, habitat degradation and illegal hunting equate to an 86% population reduction between 1973 and 2025. This finding qualifies the species for listing as Critically Endangered.
iii.  The Bornean orangutan is a species of orangutan native to the island of Borneo.

Khasi people lived in the region since 1200 BCE

i. Pre-historic megaliths and tools discovered in Meghalaya’s Ri-Bhoi district indicate that Khasi tribe, one of the major tribes in the state, had made the state their home since around 1200 BC.
ii. Archaeologist Marco Mitri and a team of academicians from the North Eastern Hills University excavated the archaeological site near Lummawbuh village in the northern slopes of Sohpetbneng (heaven’s naval) peak near the NH-40.
iii. The Khasi people are an indigenous tribe, the majority of who live in Meghalaya, a north-eastern state of India hey share a significant population in the border areas of the neighbouring state of Assam, and in certain parts of Bangladesh.

i. An international tribunal in The Hague ruled in favor of the Philippines in a maritime dispute, concluding China has no legal basis to claim historic rights to the bulk of the South China Sea.
ii. Chinese President Xi Jinping rejected the decision by the Permanent Court of Arbitration, which is likely to have lasting implications for the resource-rich hot spot, which sees $5 trillion worth of shipborne trade pass through each year
iii. The tribunal concluded that China doesn’t have the right to resources within its “nine-dash line,” which extends hundreds of miles to the south and east of its island province of Hainan and covers some 90% of the disputed waters. 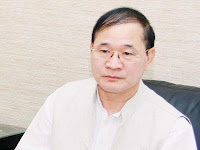 i. The 5-judge Constitutional bench of the Supreme Court has unanimously restored Congress Government led by Nabam Tuki in Arunachal Pradesh.
ii. For this purpose, it also quashed the Kalikho Pul government that came into power, after Governor J P Rajkhowa ordered dismissal of Nabam Tuki led government of the state.
iii. The constitutional bench headed by Justice JS Khehar termed removal of former chief minister Nabam Tuki as unconstitutional. Other members of the bench were Justice Dipak Misra, Justice Madan B. Lokur, Justice P.C. Ghose and Justice N.V. Ramana.