Rio Olympics 2016: Narsingh Yadav gets four-year suspension
i. The Court of Arbitration for Sport (CAS) has banned wrestler Narsingh Yadav for four years following an appeal by World Anti-Doping Agency (WADA).
ii. The CAS also ruled to disqualify all the competitive results obtained by Narsingh from 25 June 2016.
iii. The CAS panel further stated that there was no evidence to accept his claim that his food/drink was spiked.
iv. Yadav, whose suspension begins immediately

Dutch apparel brand Scotch & Soda drops Myntra for Reliance
i. Dutch apparel brand Scotch & Soda which was being sold exclusively on Myntra.com, has struck a long-term partnership with Reliance Brands to open its stores in India.
ii. The e-commerce rights for the brand will also move to Reliance at a time when fashion retailers are looking to deploy a multi-channel strategy of having physical stores as well as a notable online presence. 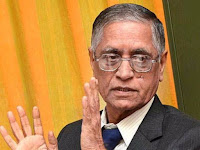 ICHR plans to create encyclopedia of village-level folklore across the country
i. The Indian Council of Historical Research (ICHR) is planning to document stories and legends relating to villages and towns across India into an encyclopedia.
ii. This initiative is aimed at to connect people better with the oral and folk traditions.
iii. It would be among the key initiatives to be under taken by ICHR. Other initiatives to be undertaken includes study of the princely States of modern India, studies to fill the gaps between the Harappan civilisation (first Indian urbanisation) and the 6th century BC (second urbanisation).

World’s largest aircraft embarks maiden flight
i. The world’s largest aircraft the ‘Airlander 10’ has embarked its maiden flight at an airfield in Cardington in central England. It is a hybrid airship made by Hybrid Air Vehicles in United Kingdom.
ii. Its successful flight comes 85 years after another airship the ill-fated R101 took off in October 1930 from the same airfield before crashing in France.
China-Asean agree to finalise code on South China Sea

i. China and ten member countries of Association of Southeast Asian Nations (ASEAN) have agreed to form a framework for a code of conduct to ease tension in disputed South China Sea. The agreement was reached between both sides during a meeting at Inner Mongolia in northern China held on August 15 and 16, 2016.
ii. The two sides also agreed to get the framework for the code of conduct done by mid-2017. They also approved guidelines for a China-ASEAN hotline for use during maritime emergencies. They also agreed that a pact on unplanned maritime encounters signed by countries in the region in 2014 is applied to the SCS.

Shashi Shekhar Committee submitted report to NGT
i. The Shashi Shekhar Committee was in news in the third week of August 2016 as the NGT directed Sri Sri Ravi Shankar’s Art of Living (AOL) to submit its response within three weeks on the inspection report.
ii. The report of the expert committee dealt with the damage caused to the Yamuna flood plains due to the World Culture Festival.
iii. The festival was organised by the AOL in March 2016 along the River Yamuna in New Delhi.
iv. The 5-member committee was formed by the National Green Tribunal (NGT) in the wake of allegations that the festival caused extensive damage to the biodiversity and aquatic life of Yamuna.

1st National Conference of Investigating Agencies concludes
i. The first National Conference of Investigating Agencies was held from August 12 to 13, 2016 at Vigyan Bhawan in New Delhi.
ii. The two-day conference was inaugurated by the Union Home Minister Rajnath Singh. The conference was attended by more than 100 delegates from States/UTs/Central Police Organisations.

Union Cabinet approves liberalization of FDI norms for NBFCs
i. The Union Cabinet has approved liberalization of foreign investment norms for the non-banking finance companies (NBFCs) to improve the ease of doing business.
ii. Decision in this regard, Union Cabinet meeting chaired by Prime Minister Narendra Modi in New Delhi.
iii. Foreign investment in NBFCs can now come under the automatic route provided they are regulated by any of the financial sector regulators.