1. The Regional Centre for Biotechnology Bill, 2016

i. World Youth Day 2016 (WYD 2016) is an international Catholic event focused on faith and youth was globaly observed on 15th July.
ii. with the theme Skills Development to Improve Youth Employment.
iii. On the occasion, United Nations organised the event facilitated by the UN Envoy on Youth Ahmad Alhendawi. The event was co-organized with the Permanent Missions of Portugal and Sri Lanka to the United Nations, UNESCO and the International Labour Organization (ILO).
iv. WorldSkills is the global hub for skills excellence and development. Through international cooperation and development between industry, government, organizations, and institutions, we promote the benefits of and need for skilled professionals through grass-roots community projects, skill competitions, and knowledge exchange.

i.  Bank of Baroda’s Karnataka, Andhra Pradesh and Telangana zone celebrated the bank’s 109th Foundation Day and as a part of a philanthropic activity, it distributed 109 umbrellas to Bengaluru traffic police.
ii. The bank also held a series of activities to commemorate the occasion by organising a morning walkathon from Anil Kumble Circle to Brigade Road followed by Swach Bharat Abhiyan by the staff of Bangalore city led by Kakkera Venkateswarlu, General Manager, and other executives of the zone 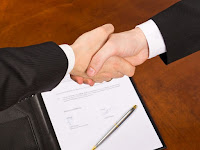 i. The Odisha government on Wednesday signed a Memorandum of Understanding (MoU) with the World Trade Centre (WTC) to promote and strengthen export activities.
ii. Odisha Small Industries Corporation (OSIC) of the state government signed the MoU with WTC, Mumbai. Micro, Small and Medium Enterprises (MSME) Minister Jogendra Behera said Odisha has a huge potential to become a leader in various products and services.
iii. WTC having its strong presence in 92 countries and 332 centres all over the world would help the state to promote the MSME products at the global level. It would provide market penetration opportunities for the MSMEs of the state,

7. India to launch satellite jointly developed with US in 2021

i. The Indian Space Research Organisation (ISRO) and NASA’s Jet Propulsion Laboratory are jointly working on the development of a Dual Frequency (L&S band) Synthetic Aperture Radar (SAR) Imaging Satellite named as NASA-ISRO Synthetic Aperture Radar (NISAR). The project is slated to be completed and launched by 2021
ii. ISRO will be responsible for design and development of S-band SAR, Spacecraft Bus, data transmission system, spacecraft integration and testing.
iii. The NASA laboratory will be responsible for design and development of L-band SAR, 12m unfurlable antenna and its deployment elements, global positioning system (GPS) and data recorder.
8. Quarter of a million children severely malnourished in Borno state, Nigeria: UNICEF

i. An estimated quarter of a million children in Borno state, North-East Nigeria, face severe malnourishment and risk death, as the scale of the humanitarian crisis caused by the Boko Haram emergency continues to unfold.
ii. As more areas in the northeast become accessible to humanitarian assistance, the extent of the nutrition crisis affecting children is becoming even more apparent.
iii. Out of the 244,000 children suffering from severe acute malnutrition in Borno this year, an estimated 49,000 children – almost 1 in 5 – will die if they are not reached with treatment.

i. SpaceX’s unmanned Dragon cargo ship, arrived at the International Space Station, carrying nearly 2.5 tons of gear and supplies for the astronauts living in orbit.
ii. US space agency astronauts Jeff Williams and Kate Rubins reached out and grabbed the spacecraft, using the space station’s 57.7-foot (17.5 meter) long robotic arm known as the Canadarm2, at 6:56 AM (local time). 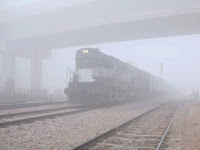 i. The Indian Railways has initiated process to launch the Terrain Imaging for Diesel Drivers- Infrared Enhanced Optical and Radar Assisted (Tri-NETRA) system to avoid train accidents.
ii. The system will be installed on locomotives for enhancing the vision of Locomotive Pilots in inclement weather.
iii. The device uses infrared and radar technology to collect signals up to a distance of 2-3 km and displays the information (composite video image) on a screen fitted inside the locomotive.

i. The Uttar Pradesh government has signed a MoU with the Netherlands to set up a skill development center to help farmers.
ii. The MoU was signed by Dutch Ambassador Alphonsus Stoelinga and UP Chief Secretary Deepak Singhal in presence of Chief Minister Akhilesh Yadav.
iii. As per the MoU, Netherlands will help Uttar Pradesh Government in solid waste management, urban development and infrastructure and water management.

i. Maruti Suzuki India (MSI) inaugurated a drinking water project at Kasan village, Manesar and plans to open three more such community facilities in the region.
ii. The car market leader has invested around Rs 20 lakh in setting up the water ATM facility at Kasan, which has a capacity to generate 1,000 litres of purified water per hour.
iii. The facility will benefit over 10,000 residents in the village, MSI said in a regulatory filing.

i. Zimbabwe have appointed Graeme Cremer as captain of a 16-man squad named for the two-test series against New Zealand starting next week.
ii. The 29-year-old spinner replaces Brendan Taylor in the role for Zimbabwe’s first test since they lost three matches in Bangladesh in late 2014.
iii. Four uncapped players – Chamu Chibhabha, Prince Masvaure, Peter Moor and Taurai Muzarabani – were selected in the squad for the matches in Bulawayo.

i. Former India spinner Sunil Joshi has been named as chief coach of the Assam Ranji Trophy team for the next two seasons.
ii. The 46-year-old Joshi, who has previously coached Hyderabad and Jammu and Kashmir, will take charge of Assam’s senior team in September.
iii. The Ranji Trophy is a domestic first-class cricket championship played in India between teams representing regional cricket associations.

i. Famed director and producer Garry Marshall has died. He was 81 years old.
ii. Marshall, who created some of the most popular 1970’s TV shows including “Mork and Mindy” and “Happy Days,” and directed hit films like “Pretty Woman” and “The Princess Diaries” – died in a Burbank hospital, his publicist Michelle Bega confirmed.
iii. The Hollywood legend directed, produced and starred in films and TV shows since the late 1950’s. i. BJP’s Kirit Somaiya became a member of Parliament’s Joint Committee on the Enforcement of Security Interest and Recovery of Debt Law and Miscellaneous Provisions (Amendment) Bill.
ii. He has taken place of another party member PP Chaudhary.
iii. Chaudhary recently resigned following his appointment as a Union minister.