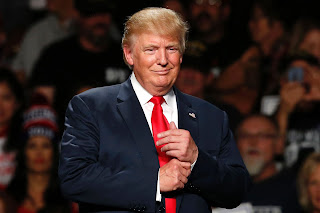 Billionaire-turned-politician Donald Trump has been elected the 45th President of the United States. The Republican party candidate secured the support of 276 of the 538 members of the electoral college, beating Democratic party rival Hillary Clinton. President-elect Trump will formally take charge of the Oval Office on January 20, 2017, dubbed as the ‘Inauguration Day’.
So, let’s discuss some questions related to this post:
Q1. Who is the new President of United States?