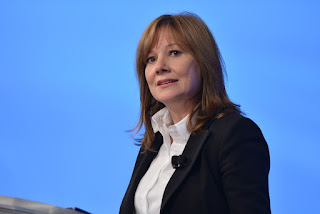 US President-elect Donald Trump has named General Motors CEO Mary Barra to his economic and job-creation panel. The panel, set to meet for the first time in February, consists of CEOs from JPMorgan Chase, Walt Disney, Boeing, and other companies.
Barra is one of the only two women on the panel, the other being IBM CEO Ginni Rometty.