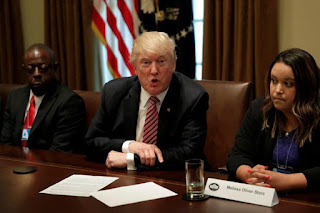 US President Donald Trump has nominated Krishna R. Urs to be the ambassador to Peru, the White House announced. The appointment of Urs, a career member of the Senior Foreign Service, would have to be approved by the Senate.
He is currently Charge d’Affaires of the US Embassy in Madrid. Urs took over after James Costos, who was appointed by former President Barack Obama, resigned. Urs, a 30-year veteran of the foreign service was earlier the Deputy Chief of Mission in Spain.
Important Takeaways from above News-
Source- The Financial Express