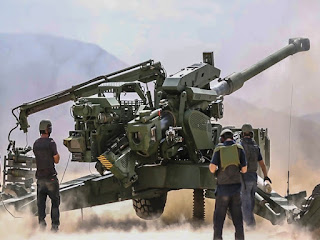 The ATAGS is being developed to supplement the indigenously designed and manufactured 155 millimeter/45 caliber artillery gun, Dhanush, an improved version of the FH-77B 155 mm/39 caliber towed howitzer manufactured by the Swedish defense contractor Bofors (now BAE Systems) and of which India acquired 414 between 1987 and 1991.
So let’s do:
1. Expand the term DRDO and ATAGS?
2. Namer the country, Which has successfully conducting the proof firing of Armament system for 155 mm x 52 calibre ATAGS?