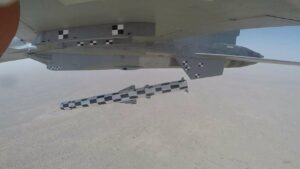 The test firing of the guided bomb came two days after the Indian Air Force successfully test fired the aerial version of the supersonic BrahMos cruise missile from a Sukhoi jet at the Andaman and Nicobar Islands. The 2.5-tonne air-to-surface missile has a range of around 300 km, and it will significantly enhance the IAF’s combat capability.

1. The Headquarters of DRDO is in New Delhi.
2. Secretary, Department of Defence R&D and Chairman of DRDO- Dr. G Satheesh Reddy.
3. DRDO was formed in 1958.