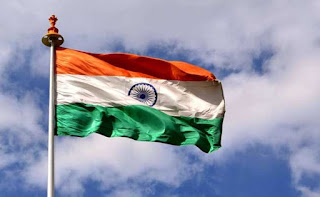 Nearly one year after all Central University vice-chancellors decided to install the national flag on their campuses, Delhi University’s Hansraj College on 25th January 2017 has hoisted its first monumental flag.
DU is the first public university in the country to get a monumental flagpole, according to the Flag Foundation of India. The 100-feet high flag was hoisted by former MP Naveen Jindal.
Source- The Financial Express