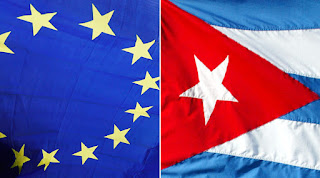 The European Union (EU) has signed a deal with Cuba on political dialogue and cooperation, with Cuba being the only Latin American country to lack such an agreement earlier.
This comes after EU repealed its 1996 policy which stated that Cuba must improve its human rights conditions before normalisation talks with EU. The deal covers issues like trade, human rights and immigration.
Source-The Hindu