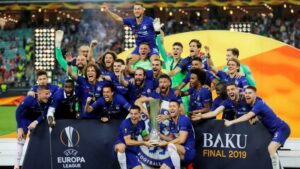 Chelsea got the better of its English Premier League rivals to win the Europa League final, beating Arsenal 4-1 in the Baku Olympic Stadium, Azerbaijan. Despite a bright start from the Gunners, Chelsea ran riot in the second half with three goals in quick succession.