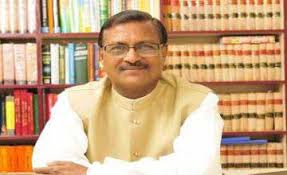 Additional Solicitor General of India and former Parliamentarian Satya Pal Jain has been appointed as a part-time member of the Law Commission of India. This appointment is in addition to his charge as an Additional Solicitor General of India. Jain is a noted constitution lawyer and senior BJP leader. He has been a lawyer in various important civil and criminal cases, Liberhan Commission of Enquiry, Presidential election disputes, various election petitions and other important civil and criminal cases.

He has also been the Dean of the Law Faculty of Panjab University and is a Member of the Panjab University Senate for the last 40 years. The President had constituted the 21st Law Commission of India on September 14, 2015. Justice B S Chauhan, retired Judge of the Supreme Court, is the Chairman of this Commission and Justice Ravi R Tripathi, retired judge of Gujarat High Court and Bimal N Patel Director, GNLU are the other nominated members of this Commission.

So let’s do:
1. Who is appointed as the member of Law Commission?
Source – The Hindu