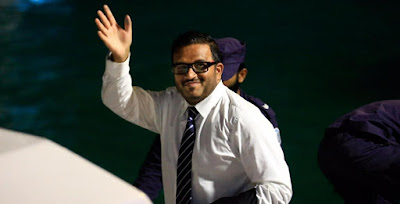 The former Vice President of Maldives, Ahmed Adeeb has been convicted of plotting to assassinate the President. He has been given a sentence of 15 years. The Criminal Court also found Adeeb and two of his military bodyguards guilty of attempting to murder President Yameen Abdul Gayoom, by setting off a bomb on his speedboat in to make it blast, last year in September.

Ahmed Adeeb must serve a total of 25 years after the same criminal court sentenced him earlier this week to 10 years for possessing firearms. Adeeb is the fourth high profile politician to be jailed on terrorism charges since Yameen Abdul Gayoom was elected president in 2013.