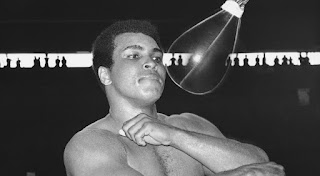 The first-ever Jesse Owens Olympic Spirit Award-2016 will be posthumously bestowed to Olympic champion Muhammad Ali, who passed away on June 3, 2016.
It will be accepted by his wife Lonnie Ali. The annual award will recognize an individual(s) who has served as a powerful force for good in society, inspiring others by contributing to a better world, uniting people or leading a cause.

So let’s discuss some questions related to this post:
1. Muhammad Ali was famous for which game?
2. Who will get the first-ever Jesse Owens Olympic Spirit Award-2016?