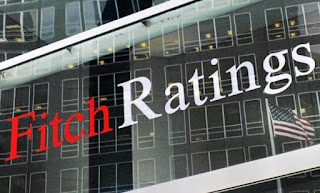 Global research agency Fitch has raised India’s growth forecast for the current fiscal to 7.8 per cent from the earlier 7.4 per cent. However, forecast for the next two fiscal, 2019-20 and 2020-21, have been shaved by 20 basis points (100 basis points means 1 per cent) to 7.3 per cent.
Fitch’s latest projection for the current fiscal is higher than what is estimated by the Reserve Bank of India and even the Government. While the RBI’s estimate is 7.4 per cent, the Government feels that it could be 7.5 per cent. However, the International Monetary Fund (IMF) cut its projection to 7.3 per cent from 7.4 per cent. India Ratings too lowered its growth projection by 20 bps to 7.2 per cent.