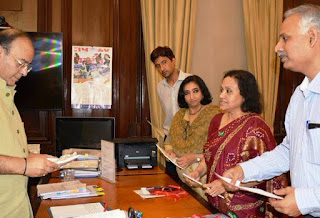 Finance Minister Arun Jaitley released the National Trade Facilitation Action Plan. The WTO-Trade Facilitation Agreement (TFA) was a major milestone for the global trading system.
This Action Plan gives a time bound map, not only for implementing TFA, but also for India’s initiatives for trade facilitation and ease of doing business which goes beyond TFA. According to a Finance Ministry statement, all actions covered under the plan have been categorised by prioritising the activities into short, mid and long term.
Important Takeaways from Above News-
Source- AIR World Service