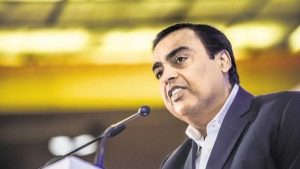 The business magazine Forbes has released “The Forbes India Rich List 2019” which has been topped by Reliance Industries chairman Mukesh Ambani with net worth of $51.4 billion. Mukesh Ambani remained the richest Indian for the 12th year in a row. Industrialist Gautam Adani jumped 8 spots on the list to become the 2nd richest Indian with net worth of $15.7 billion. The magazine stated that it was ‘a challenging year’ for the Indian economy.

5 of the Richest Indians in Forbes India Rich List 2019 are:

India releases National Report on the state of Climate Crisis