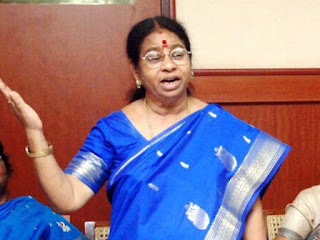 Former DMK Minister S.P Sarguna Pandian, who began her political career as a platform speaker, died. She was 75 years old.
She was elected to the Assembly from the R.K. Nagar constituency in 1989 and again in 1996. As a Minister she held the portfolio of Social Welfare between 1996 and 2001. In the 2006 Assembly elections, she contested unsuccessfully from the Royapuram constituency.
Source: The Hindu
×