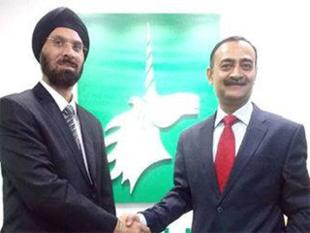 Indus Towers has appointed Tejinder Kalra as the Chief Operating Officer of the company. Kalra joins Indus Towers from Nokia, where he was the Global Head for Bharti Business in his most recent role. He worked with Nokia for over 13 years, and had been a pivotal part of their growth story.
In his last role, he managed the end to end P&L ownership for Bharti Telecom business globally. He was also the sub-region Head for Central, East and Western Africa in an earlier role where he helped set-up Nokia’s Airtel operations in Africa. With over 26 years of experience in the telecom and telecom services industry, Kalra holds an extensive experience in strategy development, implementation and service delivery across geographies.

So let’s do:
1.  Name the person, who is appointed as COO of Indus Towers?