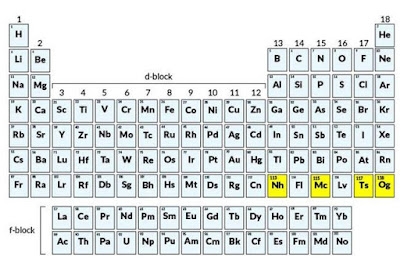 The International Union of Pure and Applied Chemistry has announced the names of four elements in the periodic table that were discovered in January 2016. Moscovium (Mc), nihonium (Nh), tennessine (Ts) and oganesson (Og) complete the seventh row of the table. The elements — with atomic numbers 113, 115, 117 and 118 — were discovered in a joint effort by American and Russian scientists.

So let’s do:
1. Recently, How many elements have been added in the periodic table?