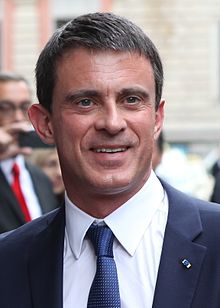 France PM, Manuel Valls, has resigned from Prime minister shaft and to declare himself a candidate for the presidency.  Manuel Carlos Valls Galfetti is a French politician elected as the Prime Minister of France from 31 March 2014 till 6 December 2016. He was the Minister of the Interior from 2012 to 2014. He is also a member of the Socialist Party.