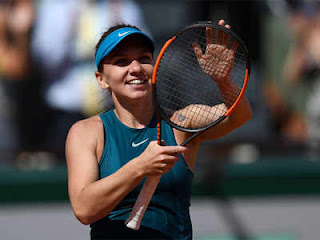 World number one Simona Halep has won her first Grand Slam title with a gutsy comeback victory over American 10th seed Sloane Stephens in the French Open final. Halep, who had lost her three previous major finals, went a set and a breakdown at Roland Garros.

But the 26-year-old Romanian battled back to take a see-saw second set against the US Open champion. She then raced away with the third to win 3-6 6-4 6-1.