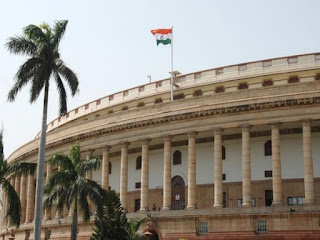 The Fugitive Economic Offenders Bill 2018 has been introduced in the Lok Sabha. The Bill will help in laying down measures to deter economic offenders from evading the process of law by remaining outside the jurisdiction of Indian courts. The cases where the total value involved in such offenses is Rs. 100 crore or more, will come under the purview of the Bill. Minister of State for Finance, Shiv Pratap Shukla introduced the Bill.
The Minister also introduced the Chit Funds (Amendment) Bill-2018. The amendment is aimed at facilitating the orderly growth of the chit funds sector and remove bottlenecks being faced by the industry and enabling greater financial access of people to other financial products.