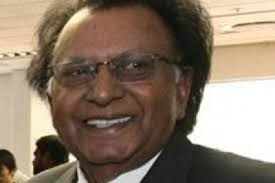 South African struggle icon and Gandhian activist Mewa Ramgobin has died at the age of 83 after a prolonged illness.
An African National Congress member of Parliament until 2009, he was among the first supporters of the Release Mandela campaign. He was charged with treason in 1985. He was involved in the activities of the Phoenix Settlement Trust that was established in 1904 by Gandhi near Durban during his tenure in South Africa.
Source – The Hindu