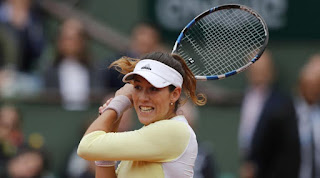 Garbine Muguruza of Spain has won the French Open Women’s Singles tennis title at the Roland Garros stadium in Paris, France. For the 22-year-old Muguruza, this was her first Grand Slam title. With this win, she also became the first Spanish woman to win a Grand Slam title since Sanchez-Vicario in Paris in 1998.

To win the title, she defeated the defending champion Serena Williams of the USA in straight sets 7-5, 6-4 in the final match. This was Muguruza’s second major final. She was defeated by Serena Williams at Wimbledon finals in 2015 in which Serena won the 21st Grand Slam singles title. At present, Steffi Graf holds the record with 22 Grand Slam singles championships, the most in the Open era, which began in 1968.