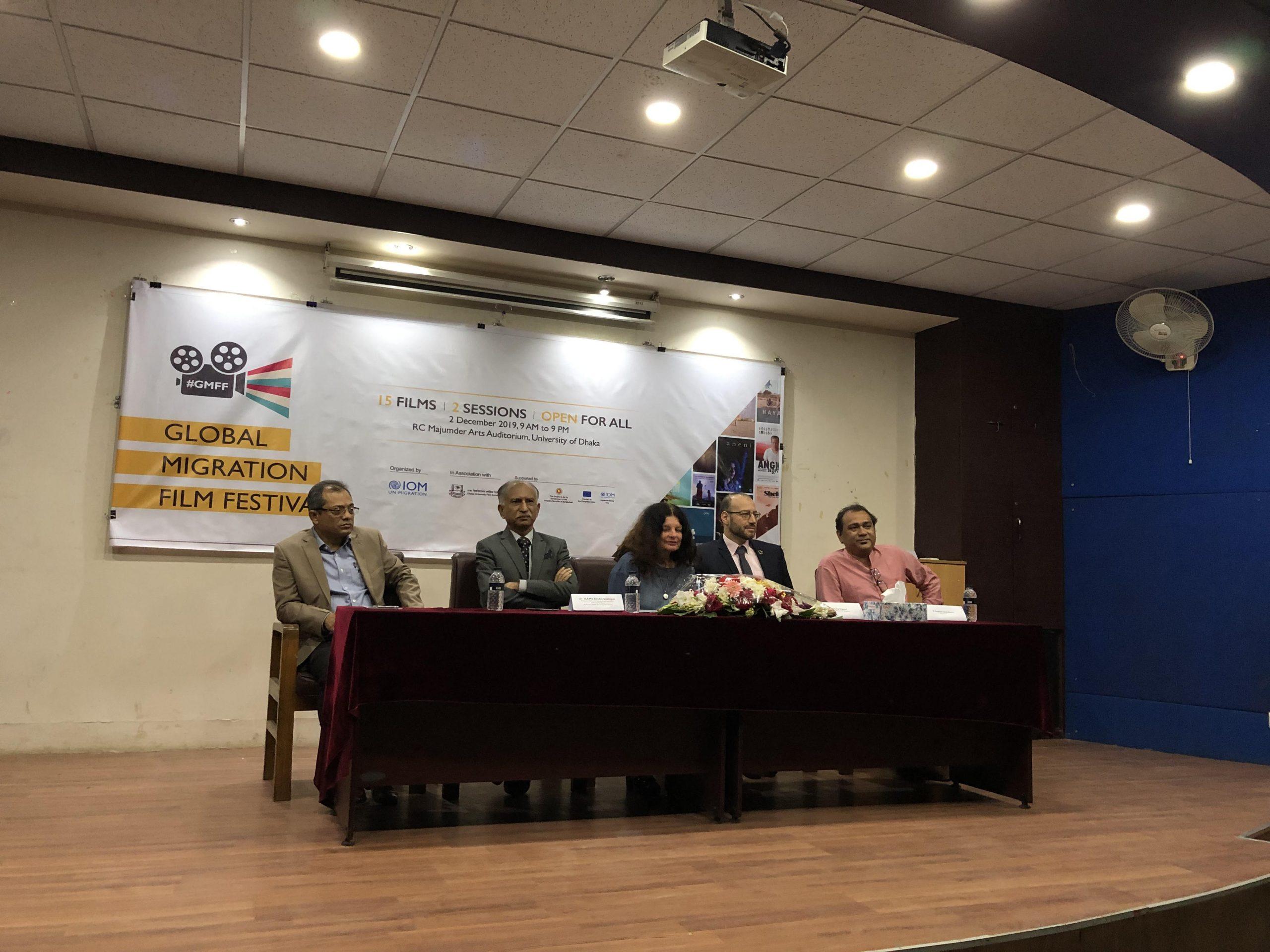 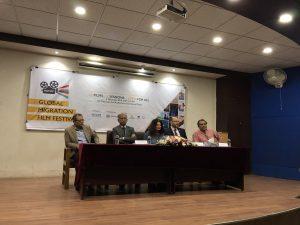 The Global Migration Film Festival (GMFF) was organised in Dhaka, Bangladesh. The festival screened 15 films on the theme of “migration and its various aspects”. The GMFF was started in 2016 and this year it is being organised across many cities in the world. The festival was organised by the International Organisation of Migrants (IOM) and Dhaka University Film Society with the support of the European Union.

The Global Migration Film Festival is a global initiative simultaneously being run in many countries of the world to draw attention to the issues of internal migration, forced migration and climate change-related migration to engage people in a conversation on the issue of migration.

‘Gifts from Babylon’, ‘Just another memory’, ‘Dying for Europe’ and ‘ The power of passport’ among the other films of the festival powerfully depicted the suffering and dilemma of the migrants in various parts of the world.