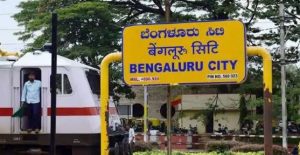 The first-ever Prosperity & Inclusion City Seal and Awards (PICSA) Index, released in the Basque Country capital of Bilbao in northern Spain. The Index is designed to showcase not only the quantity of economic growth of a city but also its quality and distribution across populations.

Bengaluru emerged as India’s highest-ranked city at No. 83 in a new index of the world’s 113 cities in terms of economic and social inclusivity, topped by Zurich in Switzerland. Delhi at 101 and Mumbai at 107 are the other Indian cities to make at the index, with the top 20 awarded a PICSA Seal as the world’s highest-ranked cities building inclusive prosperity. Vienna, the Austrian capital in second place, scores close to top marks on healthcare. Copenhagen, Luxembourg and Helsinki complete the top five.