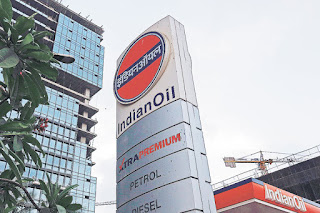 The government has selected five merchant bankers, including Goldman Sachs and Citigroup, to manage the government’s 3 per cent stake sale in IOC (Indian Oil Corporation) which could fetch about Rs 6,000 crore to the exchequer. The other bankers who have been selected by the Department of Investment and Public Asset Management (DIPAM) for managing the stake sale are Deutsche Equities, SBI Capital Markets and ICICI Securities.

As many as 10 merchant bankers had made presentations before the DIPAM, out of which five were selected.
Static Takeaways for SBI PO Mains Exam-
Source- Economic Times