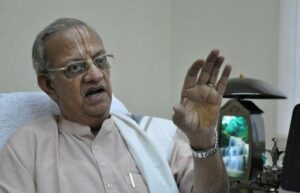 Former Chief Election Commissioner N Gopalaswami has been appointed as an electoral officer for the BCCI’s Annual General Meeting (AGM), to be held on October 22, 2019.

The Committee of Administrators (CoA), which was appointed by the Supreme Court in January 2017 to oversee the sweeping reforms recommended by the Lodha panel, met at the BCCI headquarters to discuss the road map for the elections.