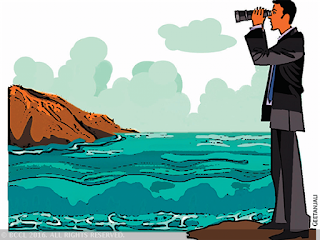 The Government of India has notified the revised tax treaty with Mauritius under which India will impose capital gains tax on investments routed through the Mauritius from April 1 next year in a bid to curb tax evasion.The protocol amending the agreement between India and Mauritius, signed on August 24, 1982 for the avoidance of double taxation and the prevention of fiscal evasion with respect to taxes on income and capital gains and for the encouragement of mutual trade and investment, was signed at Mauritius on May 10, 2016.
India and Mauritius signed had signed the revised Double Taxation Avoidance Convention (DTAC) after prolonged negotiations at Port Louis.This treaty ensure firms in Mauritius that invest in India are not just ‘shell’ and instead have substantial operations in the island, such as paying staff there, before qualifying for treaty terms of getting exemption from payment of capital gains tax in India.
So let’s do:
1. Government notifies revised tax treaty with ___________.