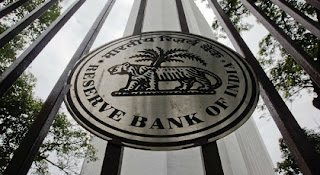 The Government has appointed three part-time Non-Official Directors on the all-powerful Central Board of the Reserve Bank of India for a four-year term. The Appointments Committee of the Cabinet (ACC) has appointed Ashok Gulati, Manish Sabharwal and Rajiv Kumar as part-time Non-Official Directors on the Central Board. Stating this, the Department of Personnel and Training said the appointments are for a period of four years.
Further, the ACC has also approved the proposal of Department of Financial Services for the appointment of three Members of the Local Board of RBI. Prasanna Kumar Mohanty (Southern Local Board), Vallabh Roopchand Bhanshali (Western Local Board) and Sunil Mitra (Eastern Local Board) have been appointed for four years. The RBI’s affairs are governed by the Central Board of  Directors. The board is appointed by the government.
Source- The New Indian Express