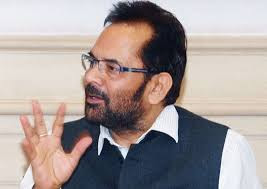 The Centre has formed a six-member committee to give a report on ways to improve India’s Haj policy and also look into the issue of subsidy to the pilgrimage in light of 2012 Supreme Court order on gradually reducing and abolishing it by 2022.
Former Consulate General of India (CGI), Jeddah, Afzal Amanullah has been appointed as convener of the high-level panel, Union Minister of State for Minority Affairs (Independent Charge) Mukhtar Abbas Naqvi told reporters in New Delhi that the committee will submit its report in a month or two on how India’s Haj policy can be improved and how the pilgrims can get maximum concessions.
Source- The Business Standard
×