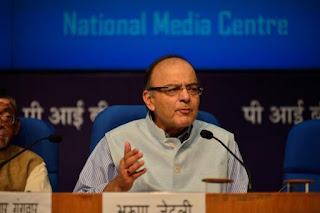 The Government has formally notified the GST Council, which will decide on the tax rate, exempted goods and the threshold under the new taxation regime. The council will be chaired by Union Finance Minister and have Minister in charge of Finance or Taxation or any other Minister nominated by each State Government as its member. Also Minister of State in charge of Revenue or Finance at the Centre would be a member.
Earlier, the Union Cabinet had approved setting up of all powerful GST Council, which is expected to thrash out a decision on all major aspects of GST roll out by November 22. The first meeting of the GST Council will be held on September 22-23.
So let’s discuss some questions related to this post:
1. Who is the Finance minister of India?
2. The first meeting of the GST Council will be held on which date?