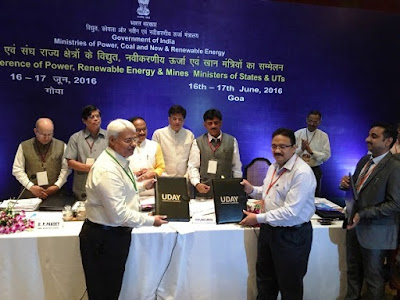 The app is developed by Power Finance Corporation on behalf of Ministry of Power for Urban Power Distribution Sector to enhance consumer connect with the Urban Power Distribution sector by providing information of IT enabled towns on important parameters which concern the consumers like outage information, timely release of connections, addressing complaints, power reliability etc.

So let’s do:
1.  Name the apps, which have Union Minister of State for Power, Coal and New and Renewable Energy Piyush Goyal?