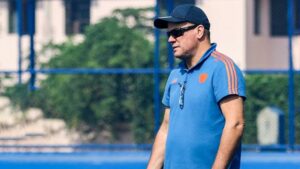 Hockey India named Graham Reid as the new chief coach of the India men’s hockey team. The 54-year-old will join the team in Bengaluru shortly for the on-going National Camp at Sports Authority of India.

Reid has a decorated playing career as the defender and midfielder for the Australian National team and was part of the silver medal winning team at the 1992 Barcelona Olympics.