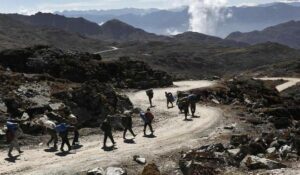 The Geological Survey of India (GSI) in its report revealed that about 35 % of India’s total Graphite reserves are found in Arunachal Pradesh. This is the highest found in the country. GSI has been suggested to move the survey and drilling activities towards the India-China border considering that China is reportedly undertaking huge mining activities in Tibet.