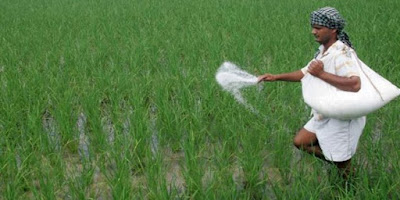 Just a couple of hours before the Goods and Services Tax (GST) roll out, the all-powerful GST Council has reduced the tax rate on fertiliser to 5 percent from previously decided 12 per cent.
Finance Minister Arun Jaitley, who heads the GST Council comprising representatives of states, states the decision to reduce the tax rate on fertiliser was taken because of apprehensions that price of the crop nutrient may go up. The GST Council, in another move to give relief to farmers, also cut the tax rate on exclusive parts of tractors from 28 per cent to 18 per cent.
Important Takeaways from above News-