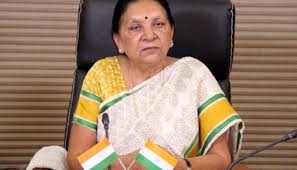 First time since Independence, Shiyal bet — off Gujarat coast having about 800 households with a population of 6,000 — was lit up after the Gujarat Chief Minister, Anandiben Patel, inaugurated the sub-sea marine cable power supply project in Arabian sea off Pipavav Port in Amreli District.

The 6.4-km-long under-sea marine cable set up by the state discom, Paschim Gujarat Vij Company Limited (PGVCL), will supply 24X7 electricity for this isolated village. The village’s main economic activity is fishing, while the availability of electricity is likely to open new avenues other commercial activity at the bet.

Villagers, most of them fishermen, till now were dependent on kerosene oil lamps or battery-run lights. Patel became the first chief minister of the State to visit the island since Independence. The technical aspect to lay down the sub-sea electricity cable was challenging. The total project cost was ₹18.5 crore, which was completed in two years.

So let’s so:
1. Who is the Governor and Chief Minister of Gujrat?
2. Name the state, Which has dedicated 6.4-km sub-sea power cable project?