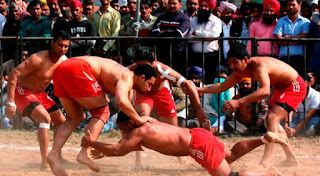 The International Kabaddi Federation (IKF) has announced that the 2016 Kabaddi World Cup will be hosted in Gujarat’s leading city, Ahmedabad. The tournament is set to take place from October 7th and will conclude on 22nd of the same month.
Gujarat will play host to 12 Kabaddi teams from around the world including India, USA, Canada, UK, Australia, Iran, Poland, Pakistan, Bangladesh, Korea, Japan and Kenya. A special consideration of the IKF in inviting these countries is to make the Kabaddi World Cup representative of all the five geographies of the Olympic Games. The Kabaddi World Cup matches will be held in Ahmedabad’s upcoming state-of-the-art stadium, The Arena by TransStadia.