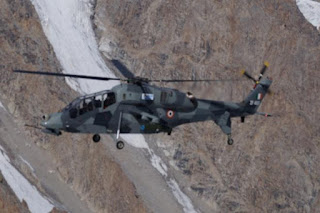 Hindustan Aeronautics Ltd (HAL) and French firm Safran Helicopter Engines have agreed to establish a support centre in India for national and international rotorcraft customers. An agreement was signed by DK Venkatesh, Director (Engg and R&D), HAL, and Bruno Even, CEO, Turbomeca, at the ongoing Farnborough International Airshow (July 11-17) in England.
The new centre will provide MRO services for Safran TM333 and HAL Shakti engines that power HAL-built helicopters. Safran and HAL will provide their customers with services including optimised engine availability. With over 1,000 engines, including 250 TM333s and 250 Shaktis, India’s armed forces are one of the largest operators of Safran-designed helicopter engines. Shakti is the Indian designation for the Safran’s Ardiden 1, co-developed with HAL and produced under a licence.

So let’s do:
1.  The French firm Safran Helicopter Engines has agreed to establish a support centre in India for national and international rotorcraft customers with which defence company?