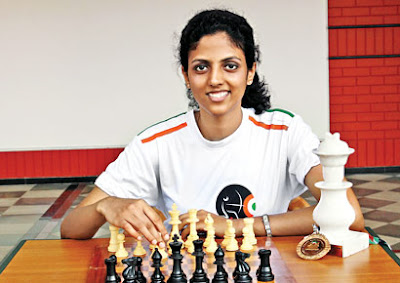 Grand Master Harika Dronavalli added another feather to her cap by winning the best women’s player award in the Eurasian Blitz chess tournament in Kazakhstan. The India number two player picked up a cash prize of $2500 and 60 ELO points to regain her position in the top 10. Harika had won the best woman’s prize at the Zalakaros International Chess Festival in Hungary last week to jump to world number 9 in the classical rankings list.

The 25-year-old’s win is particularly impressive as the Blitz tournament saw an elite field, including world number one Hou Yifan of China.she was tied with Yifan with 12.5 points at the end of the tournament and ended up victorious in the tie-breaker.

1. Name the chess grandmaster, who has won the best women’s player award in the Eurasian Blitz chess tournament?